Are You Choosing The Right Fire Detection System For Your Building? 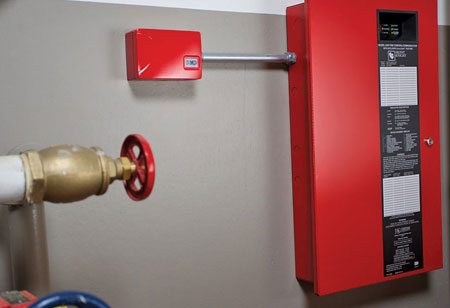 There are various kinds of fire detection systems available in the market. However, do you know which system will best suit your building?

FREMONT, CA: Fire safety is one of the biggest concerns for every type of infrastructure, whether it is a company building or a simple cozy home. Scientists are inventing numerous kinds of fire safety systems to protect the building as well as its occupants in case any fire breaks out. However, it is often said ‘prevention is better than cure.’ Today people are installing fire detection systems for high-rise buildings and multi-winged structures like hospitals and hotels and other complex buildings.

Following is a rundown of some fire detection systems that are necessary for every type of infrastructure.

These fire alarm control panels come with one way or two-way voice, addressable and conventional controls. The instrument is built with digital voice command evacuation systems and ultra-sensitive smoke detection systems. These panels can be utilized in a smaller building up to comprehensive and more intricate networks for wider, high-rise buildings or various buildings in a campus configuration.

Notification equipment uses sensory techniques to caution occupants to a potential emergency. Certain audible textual tones are involved in Emergency Voice Alarm Communications (EVAC). These have highly dependable speakers, which are accurately situated to alert all the occupants of an emergency. A central command and control center manage them for directing occupants away from the danger and to the closest way to evacuation. These can function on recorded or real-time voice overrides.

• Emergency Elevator Recall System: Multiple programmable phases can be incorporated into the Emergency Elevator Recall System. They generally function to bring the elevators down to the ground floor to stop them from opening on a floor where the fire is present. The system also helps emergency crews to reach the levels where they can attack the fire.

• Emergency Door Holders: This fire alarm releases all fire doors in real-time when the fire is detected, thus preventing the smoke and fire from spreading in other areas of the building.

• Gas Detection Systems: These systems sense the existence of harmful gases in the vicinity. It activates the alarm system to indicate that particular gas has reached its specific level, and evacuation is vital.

All the fire detection systems are unique in their own way. However, one should do proper research before choosing the right kind of system for their building.