On-Orbit GPS Receivers: Not Just for... 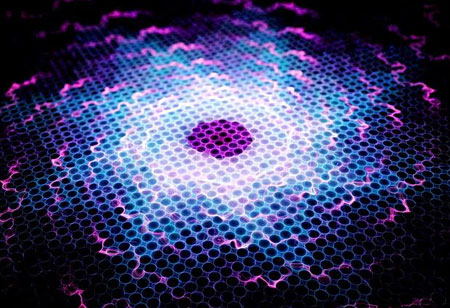 Nanoscale technology is already being used in many parts of the industry. This technology has simplified many works of scientists, whether it is in the field of technology or medicine.

FREMONT, CA: With the support of nanoscale sensors for measuring stresses on materials under high pressure, nanoscale technology is considered to have a significant role to play in developing materials for future electronics applications.

A series of nanoscale sensors called nitrogen-vacancy color centers are fit by the researchers into the diamonds that is utilized to exert high pressures on small material samples. These diamond anvil experiments with the materials compressed between two diamonds empower the researchers to measure pressure and changes in volume.

By understanding those changes, researchers can find the uses of new materials or new phases of matter in other kinds of technologies and applications.

With the help of the new system, the researchers can image, measure, and calculate six distinct stresses, which are a much more detailed and realistic measure of the effects of high pressure on materials. In addition, the new tests also empower researchers to measure changes in a material’s magnetism.

The researchers are required to measure all the six stresses across a diamond and sample. However, it is very difficult to measure all of them under enormous pressure.

The sensor allows the pursuit of two complementary objectives in high-pressure science: comprehending the failure and strength of materials under pressure and finding and characterizing exotic stages of pressure.

In the paper, the researchers have also described the nitrogen-vacancy sensing technology, which is also used in order to measure other material properties, for example, thermal and electric characteristics. According to researchers, it can directly be extended to high-pressure environments, thus opening up a broad array of experiments for quantitatively characterizing materials at such intense conditions.