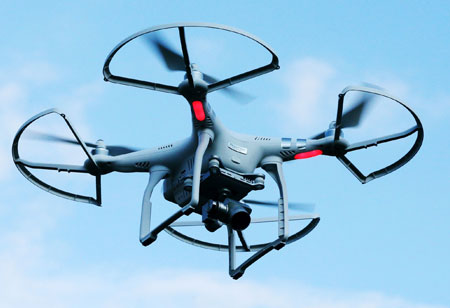 FREMONT, CA: Drone technology has seen substantial development over the years. What began as military equipment, has now found its way into a diverse range of applications that range from product delivery to industrial surveillance. One application of drone technology that is poised to have significant implications in the coming years is that of patrolling. As the crime scenario across the world shifts, law enforcement authorities are looking to enhance their monitoring capabilities. Drone surveillance enables highly effective patrolling across whole cities. A bunch of drones with powerful cameras are now enough to give round the clock visibility of large scale areas in real-time, empowering local officers and police.

Drone technology has reached the level of sophistication that service providers are now providing exclusive drone services. The solutions for drone-based aerial surveillance are incorporating live video streaming from drones, 3D mapping tools, and other features that are highly relevant to law enforcement. Drone data integration, delivery, and analysis are also an integral part of the services available today. Solutions are often customized to suit the needs of users at various levels, depending on the capabilities in demand. Software that provides rich functionality with intuitive interfaces is making drones highly utilizable even in First Response Operations.

Drone surveillance has become very streamlined and optimized, thanks to the expertise that service providers bring. Fleets of drones are now controlled from a central control system, but very soon, automation can become the norm. Some of the drones are already equipped with automated landing and take-off features, but the potential of automation in controlling and managing patrol drones can take surveillance to another level by eliminating the need for manual monitoring completely. Currently, police forces in many states are gauging the viability of aerial surveillance tools that aid in quicker response and better search and rescue operations.

There has always been a lag between a crime taking place and forces reaching the spot. With drone surveillance, one can expect drones to arrive at the spot of alert within seconds of the crime being reported, thus enabling police to assess crime scenes even before reaching the spot. The fact that documentation takes place almost in real-time is very advantageous for law enforcement teams. Investigations become much simpler with better evidence that a drone captures. Sources state that the city of Ensenada in Mexico has deployed drones and has seen a quick drop in crime rates. A single quadcopter led to more than 500 arrests in the city. This led to a 10 percent reduction in crime rates and a big drop of 30 percent in domestic robberies. These figures are evidence of how effective drone technology can be in handling crime in cities.

Similarly, search and rescue capabilities are significantly upgraded with the help of the agile and versatile drones. During situations of emergency, police forces can deploy drones to carry out search and rescue operations in inaccessible areas, at a rapid pace. There have been several examples where drones have helped rescue teams overcome the limitations and save lives of people in distress. Public safety drones have helped find missing people, rescued drowning individuals, and recover information about civilians stuck in the aftermath of natural calamities.

The potential of aerial surveillance is such that leading companies have begun registering ownership of services related to drone surveillance. Surveillance-as-a-Service could be the future of the industry. Everybody will look to enhance capabilities as surveillance accumulates a lot of data which is valuable beyond the security point of view as well. One primary application of drone surveillance can be found when considering crowd management. Managing crowds can be taxing for police forces because there are severe limitations. With drones, the troops are equipped with highly precise and wide-scale visibility into crowded places. These capabilities are of strategic importance for handling packed stadiums and open-air festivals.

Artificial intelligence can be of extreme value to drones. In the case of surveillance drones, artificial intelligence can greatly enhance the features of automated detection of anomalies through real-time analytics. This is going to revolutionize crime monitoring and management. When automated equipment is capable of scanning vast swathes of a city along with the added capability of detecting and alerting police, the whole process becomes highly efficient and rapid.

There have been concerns about the repercussions of drone surveillance that endanger civilian privacy and liberty. However, with upcoming regulatory norms, one can expect the complications regarding the legality of surveillance to become clearer and fair enough for the general public. With WAMI gaining traction across surveillance organizations, the prospects and scopes of drone surveillance are all set to uncover new grounds of civilian and safety and security.