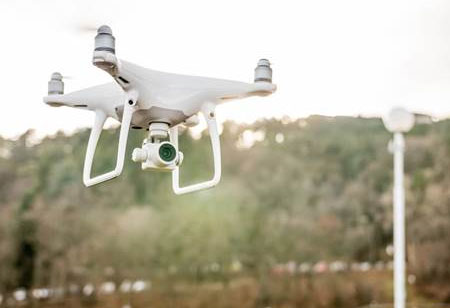 A researcher from the Queensland University of Technology recently received assistance from a software giant as part of its $50 million artificial intelligence (AI) for earth program. The funding will allow the researcher to make use of advanced drones and AI to observe and study the health of the Great Barrier Reef in Australia. The coral reef system is the largest in the world, stretching over 2,300 km, which is challenging to monitor by conventional means.

The researcher will utilize cloud computing to gather and process data from the reef. The adoption of AI will save weeks of data processing time. The drones will levitate at an altitude of 60m above the reef, collecting data from vulnerable reef locations. The drone system uses hyperspectral cameras equipped with validated data from the Australian Institute of marine science (AIMS). It has the capability of identifying coral among the sand and algae. It can also classify the types of coral and accurate measures of coral bleaching. The hyperspectral camera utilizes 270 bands of the visible and infrared spectrum when compared to a standard camera, which uses only three bands of the visible spectrum.

Even though the health of the barrier reef was being monitored for two years, the processing of the vast amounts of data proved to be a challenge. The large hyperspectral imagery took months to process on a regular computer. With the help of AI and cloud computing, it is now possible to carry out the same task within days.

The drones can cover large areas when compared to marine monitoring systems. When compared to satellite or aircraft surveys, drones can overcome the problem of cloud interference. Also, the hyperspectral camera-equipped drones provide a far higher resolution of imagery. Gathering and processing of data is only the first step of the process. The integration of AI and cloud computing will allow the formulation of a follow-up analysis which can be used to monitor the conditions of the reef.

The AI for earth program is aimed toward alleviating the environmental conditions such as climate change and loss of biodiversity. The exponential developments and innovations in the field of AI will provide solutions to some of the most complex problems in the world, helping humanity move forward in the direction of sustainability.