What are the Benefits of Using IoT in Fire Management? 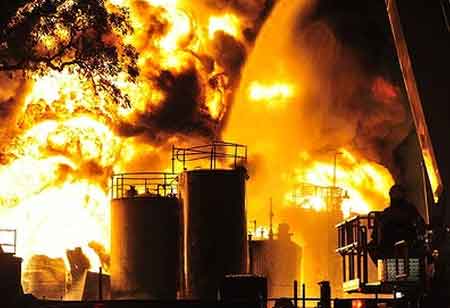 It has become easy to prevent fires from spreading in a building with the help of IoT as it has sensors that can track and identify the fire.

FREMONT, CA: Growing demand for smart gadgets coupled with technological developments is opening new applications for the internet of things (IoT). Internet of things is an advanced technology in the developing phase that uses smart devices such as cellular phones, sensors, and cameras to record data. These devices are connected via the internet and record data related to location, temperature, functions, and operations. Data tracking and monitoring through IoT are used for weather forecasting, traffic monitoring, and security surveillance. Since IoT is a developing technology new application area is also on the rise. On such new application area for IoT is for preventing and managing the fire.

Benefits of IoT in fire management

IoT leverages the benefits of connected devices. Smart connected devices such as sensors can help track the rise in temperature while connected cameras can trigger a fire alarm to warn the authorities about the degree of fire outbreak. Besides, IoT can also be used to track trapped individuals in a building in case of a fire outbreak. IoT-enabled fire suit technology is being used in the suits of firefighters to directly communicate their positions and their health threats to their commander-in-chief.

IoT technology and associated devices are increasingly used in smart homes. In smart homes and smart buildings, the IoT gadgets receive signals to change temperature and carbon monoxide levels. In case these connected devices detect a fire, they are well capable of activating a fire alarm, and in case the house owners are away, they get a notification in their smartphones. Smart homes are also equipped with water sprinklers, which can be activated by smart gadgets with the help of IoT technology. This not only helps in warning the authorities and the concerned people but also helps fire control and prevent the damage.

In addition to gadgets, development in robotics has enabled the use of smart robots to IoT technologies. These connected robots are used to monitor those areas of the building damaged by intense fire and not safe for the firefighters to enter.