What Does the Future Hold for AI Enhanced Robotics? 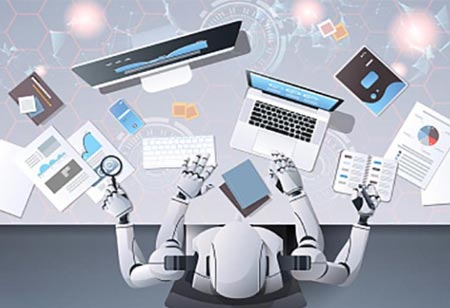 FREMONT, CA: A robot’s overall task performance depends on the accuracy of their controllers to track predefined motions. The ability of robots to handle complex environments, like the flexible grasping of previously unknown objects or the assembly of new components, is minimal. Enhancing machines with higher levels of intelligence to derive the skills autonomously and to generalize unseen situations will be a game-changer for a few industry sectors. The main obstacle to robot evolution is the need to formulate adaptable and robust control algorithms that can address all possible system behaviors as well as the necessity of ‘behavior generalization,’ for instance, the ability to react to unforeseen situations. Two forms of Deep Learning, artificial intelligence, and Reinforcement Learning hold notable promise for solving such challenges.

Humans are bestowed with a universal picking skill, even if they encounter an unseen object, they will immediately know where to grasp the object to lift it successfully. Robots in today’s manufacturing must be programmed so that they can approach a predefined grasp pose and execute it. The challenge for the programmers is to find a way to get robots to grasp an unknown object at any orientation. This is where Deep Learning comes in. Deep Learning operates through an artificial digital neural network, a large, non-linear function approximator that is loosely inspired by the human brain.

Another intelligent-robot approach is based on reinforcement learning (RL). RL is a framework of principles that enables robots to “learn” behaviors through interactions with the environment, which means that the data is derived from actual surroundings. Unlike traditional feedback robot-control methods, the main idea of RL is to provide robot controllers with high-level specifications of ‘what’ to do instead of ‘how’ to do it. Recent progress in RL research brought to light the deep neural networks for modeling the robot’s behavioral policy and its dynamics.

Robots in the real world

Finally, for the sake of flexible grasping and object assembly, researchers aim to create a robot that can flexibly solve tasks by making its own decision, based on its skills, while the operator specifies high-level commands only.