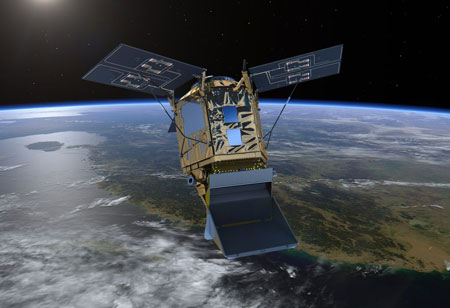 The study of climate change impacts has been recently carried out at the North Pole using nanosatellites as they enable improved data transmission.

Fremont, CA: As miniaturization technology is becoming popular, nanosatellites are developed and are widely accepted for their cheaper designs and ease of mass production. They are introduced to accomplish tasks that are difficult for larger satellites. Nanosatellites are going to play a significant role in the future of weather forecasting, geolocation, and other scientific applications. These nanosatellites are launched in low orbit that circle the Earth between 14 and 16 times per day. Once these satellites reach the end of their lifecycle, they slip out of their orbit and disintegrate in Earth’s atmosphere. A perfect example would be CubeSats, which is one type of nanosatellites that measures 10x10x10 centimeters of mass ranging between 1 and 1.33 kg.

Recently, The German research ship and icebreaker Polarstern started a yearlong voyage from Tromso, Norway, into polar ice. The Polarstern will cover about 2,500 kilometers at an average speed of 7 kilometers a day. The team has developed a first-of-its-kind satellite communication network for transmitting back data and discoveries.

Key Environmental Monitoring for Polar Latitudes and European Readiness (Kepler) launched the communications satellites to provide a data link for scientists on the Multidisciplinary Drifting Observatory for the Study of Arctic Climate (MOSAiC). The scientists will establish research outposts on the surrounding ice sheets to study climate change at the North Pole. Because the research vessel is well outside the range of traditional high-throughput satellites, it had to establish its own communication network. By employing two nanosatellites, scientists experience an improved data transfer capability that provides 100x higher data speeds, thereby, sharing large data files between ship and shore.

A cost-effective means of transferring large data volumes is achieved. Irrespective of storing data locally and analyzing, nanosatellites give scientists the ability to test continuously and housekeeping data sets over our unique LEO satellite network. The communication network uses nanosatellites to create the data link between scientists on the research vessel and the team back at home base. Nanosatellites are cheaper than traditional satellites that require six to eight months to build as compared to the years as are necessary for conventional satellites.